At 1:19 a.m. the Auburn Police Department began receiving 911 calls reporting a fire at 34 Rydberg Terrace Ext. The first arriving Engine reported a large volume of fire coming from the side and rear of the home and immediately struck a 3rd alarm.

The family was home at the time of the fire and all escaped without serious injury, including an elderly woman who is in a wheel chair. A woman was transported from the scene of the fire to the hospital with a medical condition and the home owner was looked at on scene with minor burns to his arm. The elderly woman was taken from the scene and relocated with other family. It is believed that one of the three family pets perished in the fire.

Auburn Fire Rescue Chief Stephen M. Coleman Jr. said that the family was very lucky to escape without serious injury. “Fortunately the home owner got up because he heard some noises. When he looked out the window he saw the flames in the rear of the house. He ran outside and realized the fire was much too large to contain so he ran back in and yelled for everyone to get out of the home. They were able to get his elderly mother out of the home quickly before it was too late”.  Coleman said.

The fire is under investigation by members of the Auburn Fire Investigation Unit. The cause is not yet known however it does not appear to be suspicious. The Red Cross will be notified to provide assistance to the family.

Rydberg Terrace was the scene of another house fire two months ago at number 27, just doors away from the fire this morning. 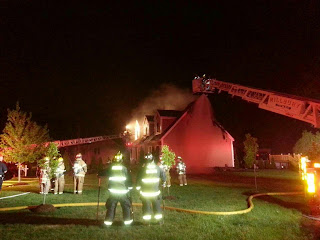 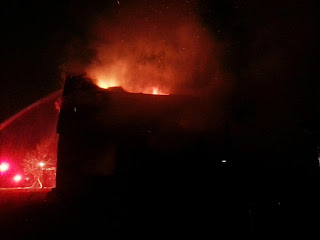 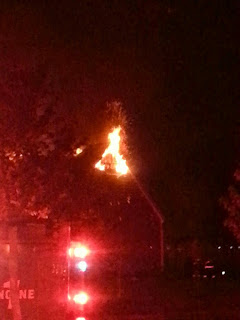 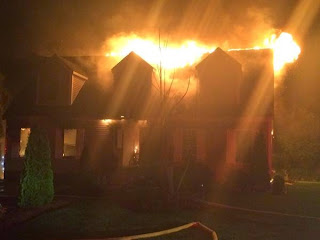 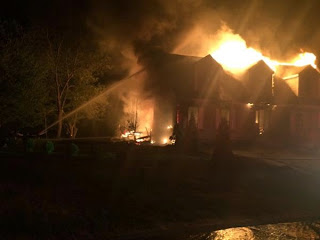 Posted by Auburn Fire Rescue Department at 8:14 AM