At 9:03 p.m. the Auburn Fire Rescue Department (AFRD) received multiple 911 calls reporting a building fire in the area of 14 Breezy Bend.  Fire crews upon arrival found heavy fire coming from a shed behind 21 Breezy Bend next to the mobile home.

AFRD Deputy Chief Glenn Johnson said the residents were alerted to the fire by a loud bang outside of their home and quickly evacuated.  The fire went to 2 alarms and there were no injuries to civilians or firefighters. An additional shed and two mobile homes were damaged from the fire.  There was no fire extension into the two mobile homes.  Deputy Johnson said the fire is under investigation. 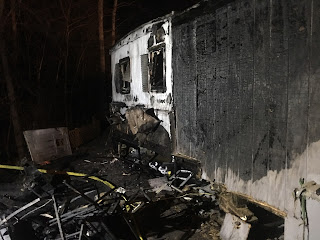 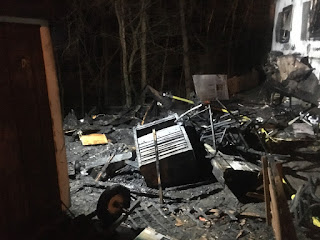 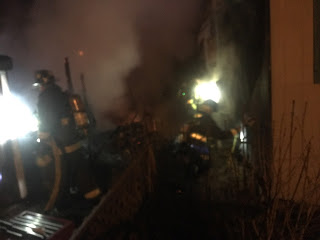