The Auburn Fire Rescue Department was dispatched at 7:31 a.m. this morning to 104 Boyce St. for a report of smoke coming from the windows and doors of the home. First arriving Police Officers on scene confirmed the smoke condition and reported that smoke was also coming from the roof.  A second alarm was struck at 7:35 a.m. bringing in off duty personnel and mutual aid to the scene.

The fire was contained to the kitchen and was quickly knocked down by the first arriving Engine Company. One of the family’s two dogs was rescued from the home and the other perished due to smoke inhalation.

Mutual aid was provided on scene by Oxford Fire-EMS and Webster EMS as well as Auburn Animal Control. Fire Companies from Leicester and Millbury covered the stations during the incident.

The fire is not suspicious and the cause has been determined to be a dishwasher that was running at the time of the fire.

Photos for Media Use 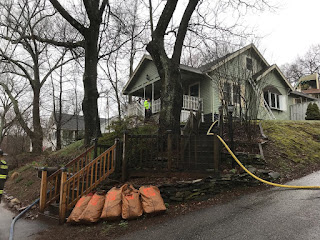 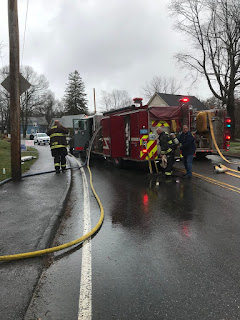 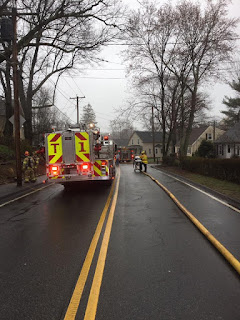 Posted by Auburn Fire Rescue Department at 10:30 AM