The Auburn Fire-Rescue Department was called to 113 Washington Street at 3:49 P.M. this afternoon for a reported building collapse.  Upon arrival crews found about 85% of the building's roof had collapsed, with the outside walls buckling.  No one was inside the building at the time of the collapse and no injuries were reported.  Assistant Chief Glenn Johnson stated "We were fortunate that no one was in the building at the time of the collapse."  The building was used to store equipment for a local paving company.  The collapse is attributed to the large amount of snow built up on the structure.  National Grid, and the Auburn Water District were called to the scene to shut off the utilities to the building to prevent any further hazards.  The local building inspector was requested and he did respond.

We urge all residents and business owners to check their roofs for large accumulations of snow and take the appropriate action to clear them.

Pictures can be used by the media. 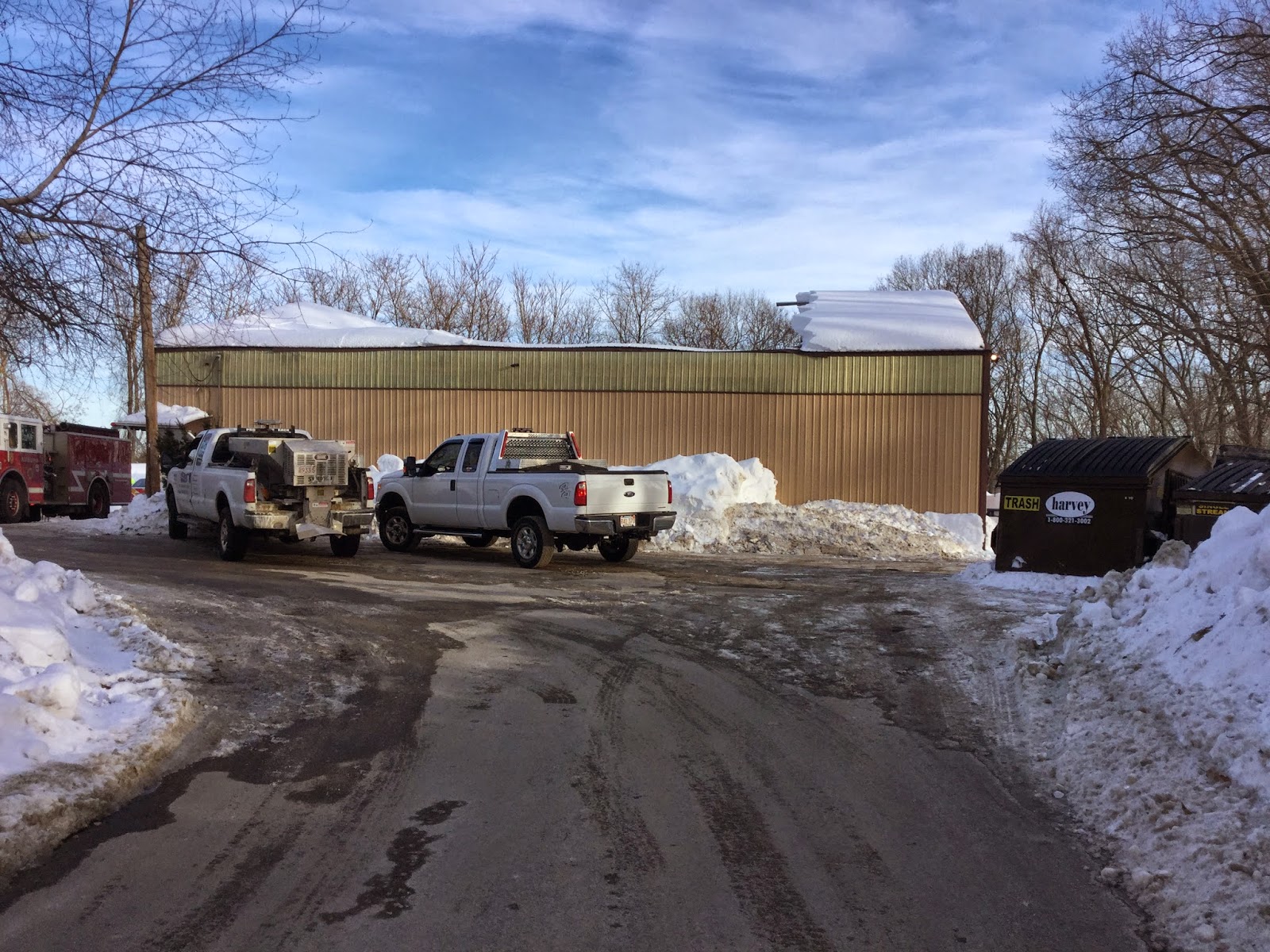 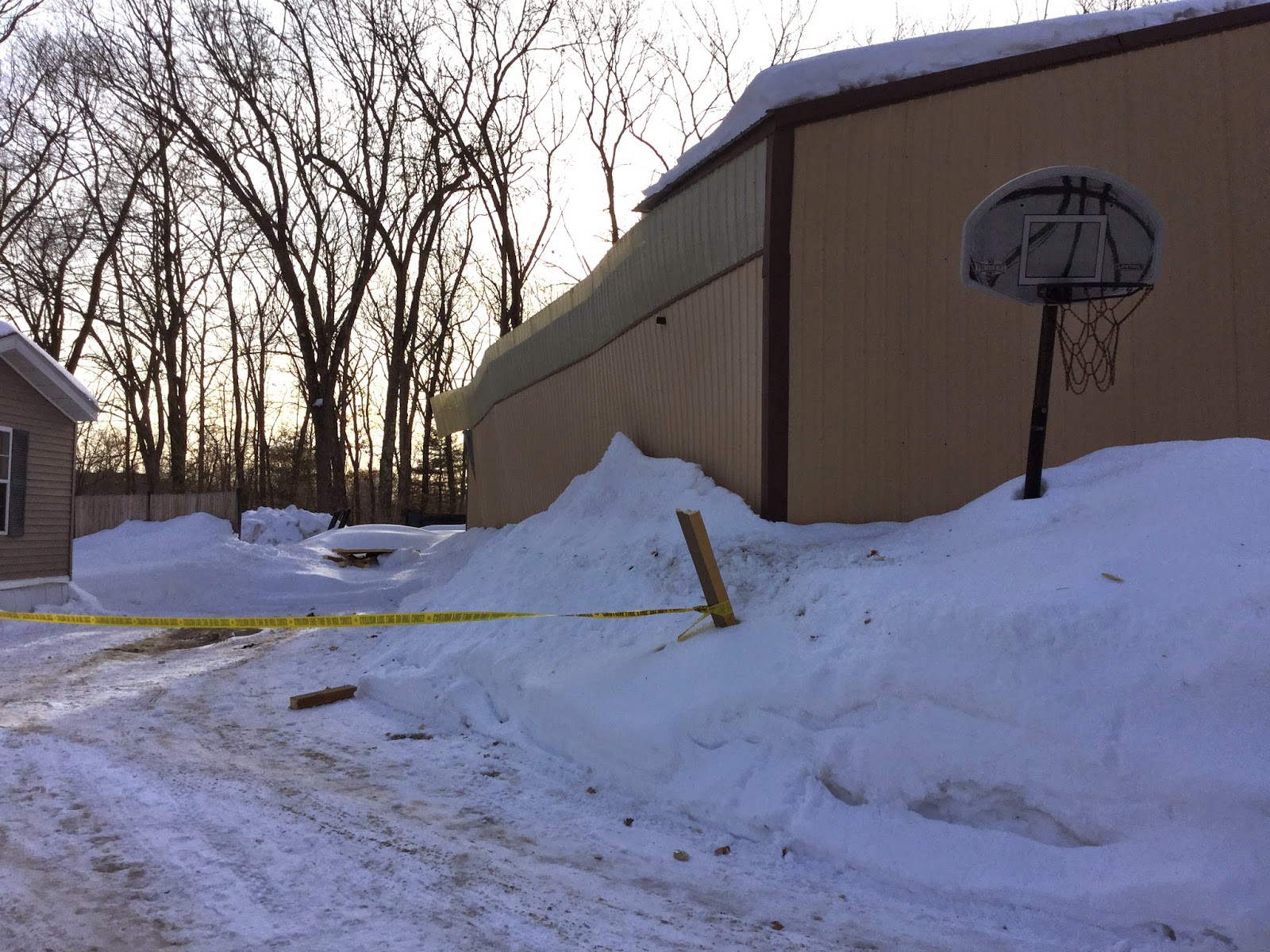 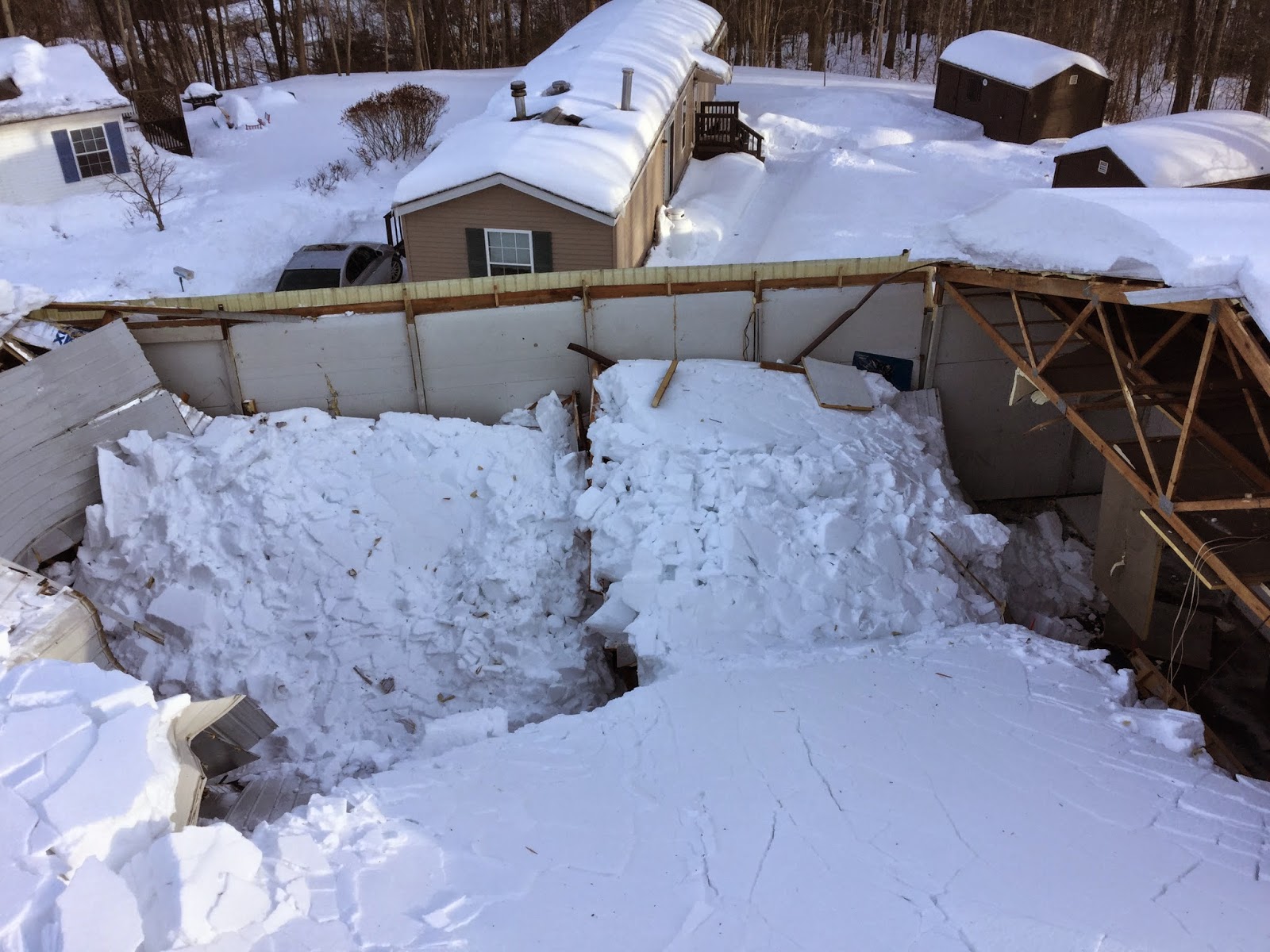 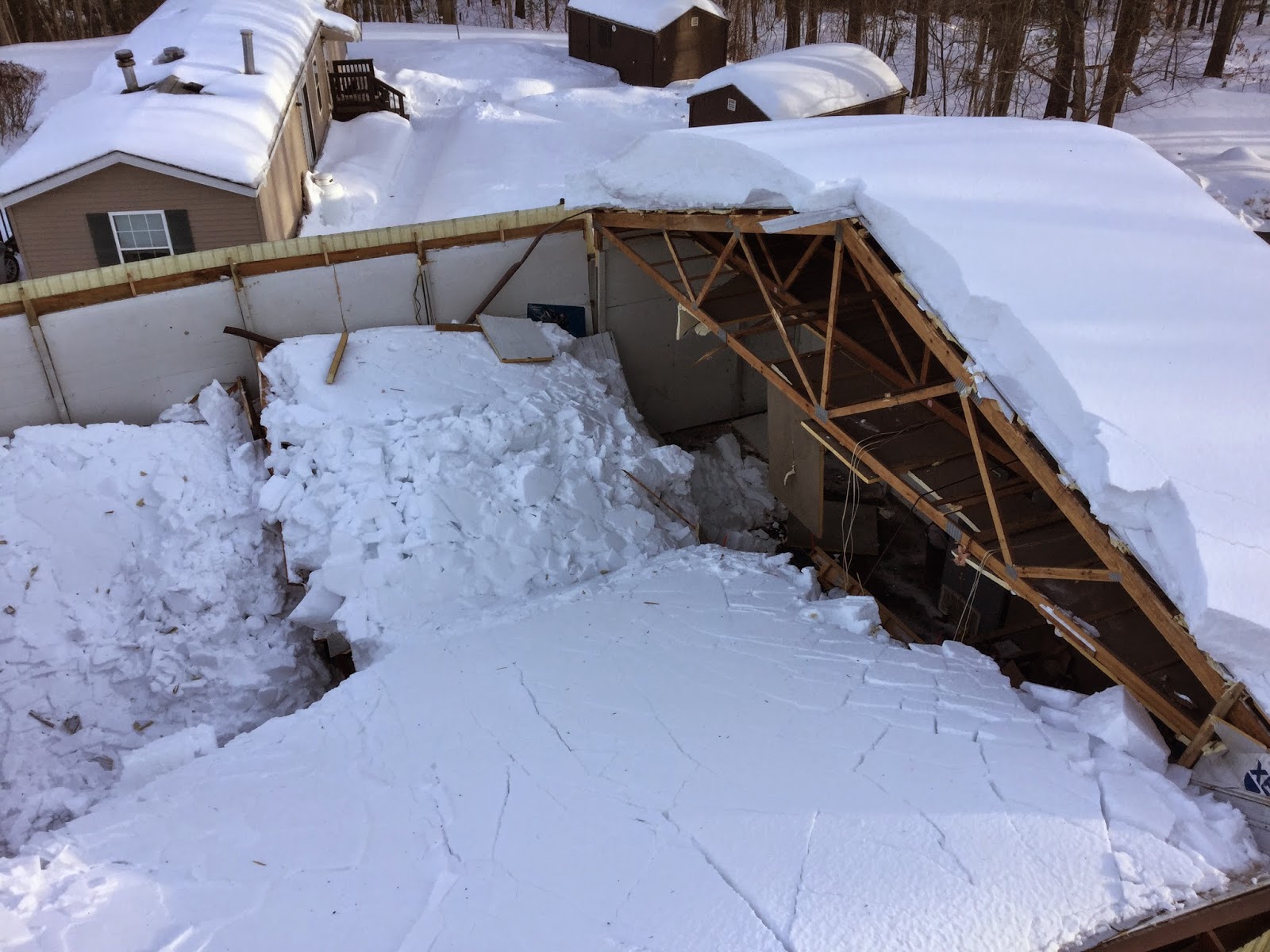 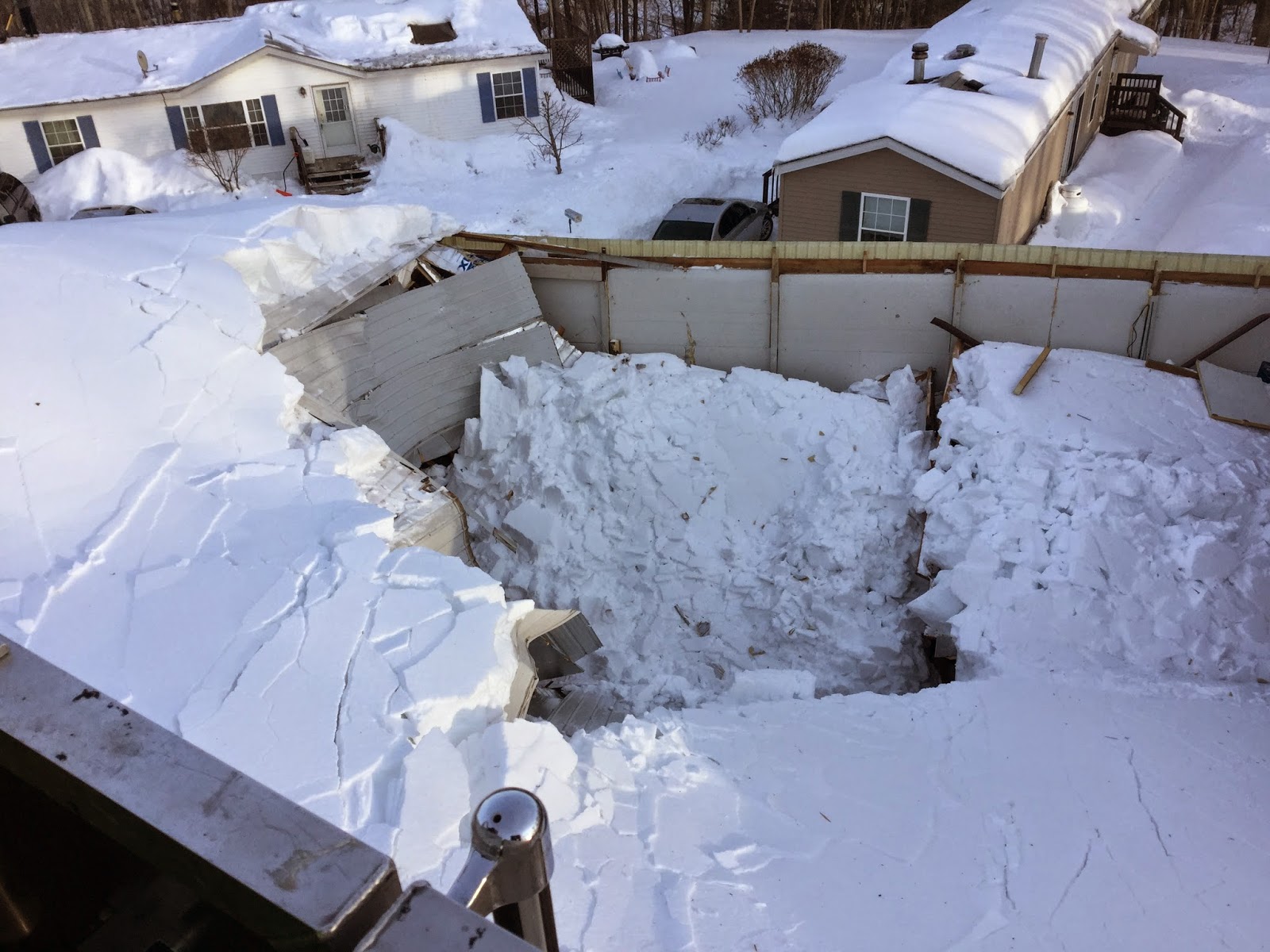