Approximately 125 gallons of diesel fuel was spilled.  The Department of Environmental Protection Agency and the Auburn Water District were notified and responded to the scene.  Mass D.O.T. assisted with hazard mitigation.

State Police are investigating the cause of the accident.  The Mass Pike East near the 89.1 mile marker only has one lane open.

AFRD is still on scene assisting with mitigation.  Below are pictures for the media. 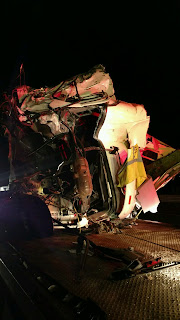 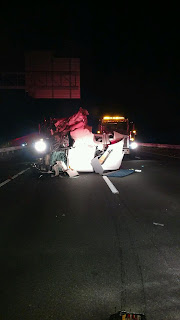 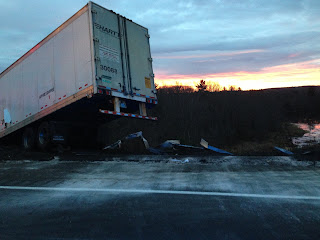 Contact
gjohnson@town.auburn.ma.us
Posted by Auburn Fire Rescue Department at 5:43 AM