The Auburn Fire Rescue Department at 2:26 P.M. responded to 3 Park Street for a reported structure fire.  Engine 3 the first arriving engine company, reported a fire in the kitchen.

According to Auburn Fire Rescue's Assistant Chief Glenn Johnson the fire was reported by one of the residents at 3 Park Street, who dialed 911.  Crews extinguished the fire within six minutes of it being reported.  The fire was contained to the kitchen and did not extend into any other parts of the residence.  Cooking was determined to be the cause of the fire.  The fire has been ruled accidental.


Fire Departments from Oxford, Leicester, Millbury, and Sturbridge covered Auburn's stations during the fire.  Webster EMS provided an ambulance for station coverage as well.  There were no injuries at the scene.  All companies were clear of the scene at 3:33 P.M.  Please standby your pan when cooking. 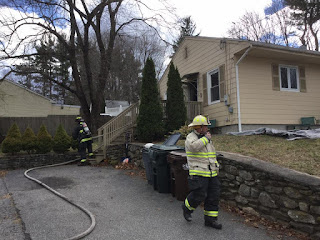 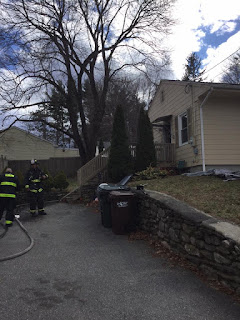 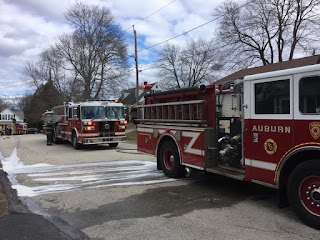