Shortly after 11:00 p.m. on Wednesday June 8th the Auburn Emergency Communications Center received a report of a vehicle that had gone in the water from the Eddy Pond boat ramp. The caller reported seeing the vehicle enter the water from I-395.

Fire and Police were dispatched to the scene and an initial search of the water showed there were no victims. The District 7 Regional Dive Team was activated and conducted an underwater secondary search of the area and assisted the towing company in hooking the vehicle to remove it from the water. The vehicle was submerged approximately 150 feet off shore.

The Auburn Police Department is investigating reports that the vehicle was reported stolen. There were no injuries reported at the scene.

Pictures and video available on our social media accounts auburnmassfire 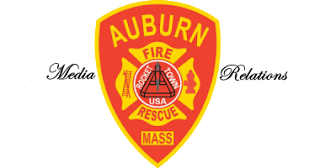 Posted by Auburn Fire Rescue Department at 8:20 AM