At 7:10 PM the Auburn Fire Rescue Department responded to 15 Hardscrabble Road Casella Waste Systems for a reported fire in the building.  The fire was reported by staff who called 911 and evacuated the building.  Crews found thick black smoke coming from the rear of the structure upon arrival.

Chief Coleman said "the fire went to 2 alarms and was contained to a small area in the middle of the building.  Crews had fire in and underneath a large piece of machinery."  The fire department was on scene for just over two hours.

There were no injuries to civilians or firefighters.  At this time the fire is under investigation but does not appear to be suspicious.  Auburn received mutual aid from Leicester, Millbury, Oxford, Sutton, and Webster.

Pictures for media use.  Please see our Facebook page for more pictures and videos. 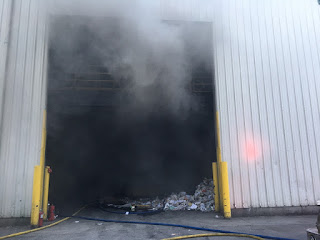 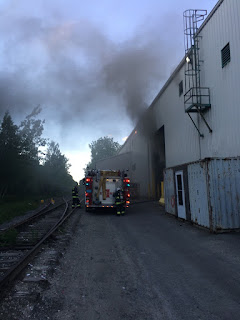 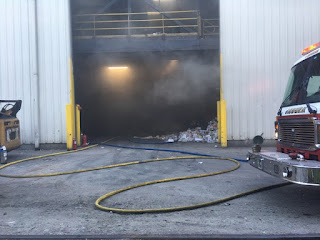 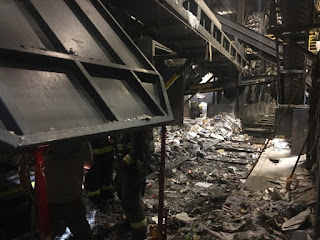 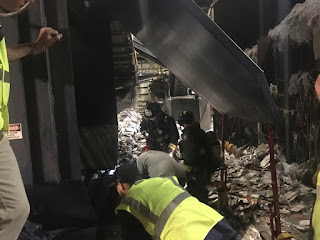