At 10:20 AM the Auburn Fire Rescue Department responded to 22 Millbury Street Worcester Envelope for an activated fire alarm.  Upon arrival crews found the building evacuated and a large piece of machinery that makes envelopes on fire in the building filling the building with smoke.

Deputy Chief Glenn Johnson said "the fire went to 2 alarms and was contained to the piece of machinery in the building.  The fire department was on scene for just over three hours venting smoke from the building.

There was one injury to a firefighter from a slip and fall on the ice and no injuries to any civilians.  At this time the fire is under investigation but does not appear to be suspicious. 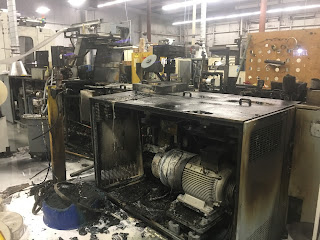 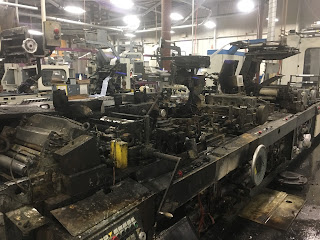 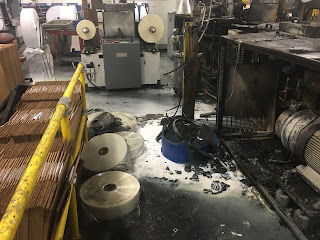